Aliens
Alien Resurrection
William "Bill" Hope (born March 2, 1955)[1] is a Canadian actor and voice artist who played Lieutenant Gorman in the 1986 film Aliens. Other notable films Hope has appeared in include Hellbound: Hellraiser II (1988), Shining Through (1992), The Saint (1997), Sky Captain and the World of Tomorrow (2004), 9/11: The Twin Towers (2006) and The Whistleblower (2010). As a voice artist, he is also known for providing the voices for many characters from the US dub of the children's TV series Thomas and Friends, including Edward, Toby, Rocky, Whiff, etc. Aside from his work in film, Hope has had an extensive career in television and theater.

Hope trained at the Royal Academy of Dramatic Art and, after graduation, he worked in theatre for 7 years as well as performing in over 100 radio plays for the BBC.[2] His career includes art and indie and Hollywood films, as well as TV.[2] 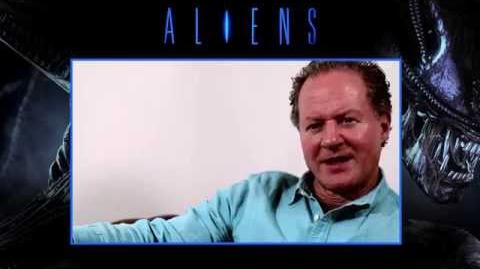 Retrieved from "https://avp.fandom.com/wiki/William_Hope?oldid=259370"
Community content is available under CC-BY-SA unless otherwise noted.