Since Prometheus their are many questions of why the engineers try to destroy us.

Many theories from fans trying to solve the question here are theories?

In the scene where Peter Weyland and David meet the engineer one of the crew started hurting Elizabeth and the Engineer started to go violent on David and Weyland why? because he disliked of what his creations (humans) do to eachother in a voilent matter which he thinks all of earth is violent which droved him into killing all men or clean the voilence.

Similar to Noah's Ark where God saw Violence and wickeness all over the world and decided to flood the world to clean the evil of his creations.

Some say 2,000 years ago a engineer came to earth and was cruicfied by humans which then somehow the engineers plan to wipe the humans out for killing one of their own. A few interviews with Ridley Scott said about someone cruicified but it was never explained in the movie or even showed leaving as a theroy.

The Black Goo somehow contains life when it affects a living thing the engineers could be destroying us for a new lifeform to take over changed the old creation for a better new creation replacing the old with the new.

Like dinosaurs rule the earth for millions of years and then wiped out for new better creations mammals- Man - New Lifeform.

I believe the Xenomorph on the wall shows more likely a prohecey or a future wall or a warning what if the engineers had the ability or a technology to see in the future of what if the humans met their origins. The engineers see in the future of a lifeform that should have not have been created because they can see it of what it can do making it as a threat to the universe because of the humans finding their origin.

Which would mean they have to design the creature on the wall as a warning in the future for the humans to see why the engineers have to destroy them because of the creature caused by humans. 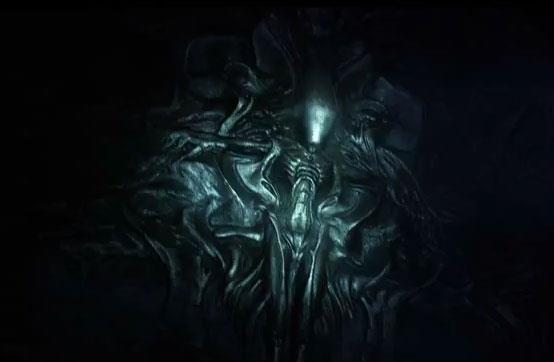 They are just theories though

What is your Theory on this?

Retrieved from "https://avp.fandom.com/wiki/User_blog:Daniel_large/Theories_of_why_the_engineers_try_to_destroy_us%3F?oldid=146356"
Community content is available under CC-BY-SA unless otherwise noted.