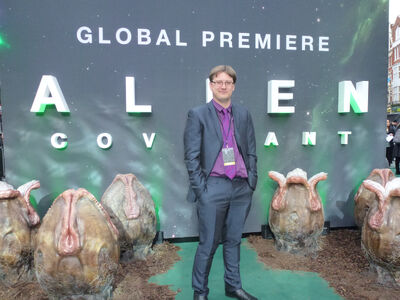 I am an Administrator.
I am

I'm one of the more active users on Xenopedia. My main areas of activity (and interest) are the Alien and Predator films, and especially any related behind the scenes information and trivia. I've also put a lot of work into making Xenopedia more user-friendly, especially for new users, and clearer in its rules, regulations and policies.

Don't forget to visit my talk page if you want to ask me anything! 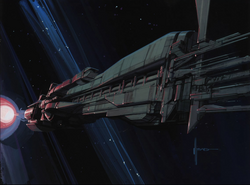 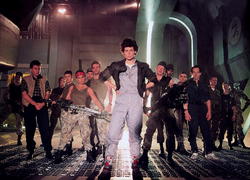 Xenopedia has a few policies and guidelines that you should look at. The three most essential principles are NPOV, CC-BY-SA, and civility. What does this mean?

Wikipedia, the free encyclopedia, is the largest and most successful wiki. This page lists some of the overarching guidelines that have helped make Wikipedia a success. You may like to consider them for this Wikia.

My thoughts on the stuff this wiki is based on!

I've always thought of the "original" Alien film series as a fantastic trilogy with a much weaker fourth entry tagged on the end. I first saw them in a completely messed up order (I actually started with Alien3 when I was far too young to be watching a movie like that, then saw Alien Resurrection a few years later, then finally watched Alien and Aliens together on VHS when I was quite a bit older).

As a pre-existing fan of Arnie's madcap action movies, I've loved Predator for as long as I can remember. I didn't see Predator 2 until much later, and obviously the other films only came out more recently. At least I watched them in order this time!

Fortunately, many of the games based on the series hve been really good, better than some of the films even. I'm hoping the rumours of a new AVP video game in the near future turn out to be true.

A few other select bits a pieces that I feel are worthy of special mention.

The Stuff I Own

These are the various bits and pieces of Alien, Predator and Alien vs. Predator media and merch that I currently own.

Community content is available under CC-BY-SA unless otherwise noted.

Ranked #1
on this wiki