Synthetics, also known as androids[1] or — as some synthetics themselves prefer to be called — "artificial persons" (AP[2]), are biomechanical humanoids. They are essentially robots that closely emulate Humans in both appearance and actions. Synthetics once constituted a huge industry and were in widespread use throughout the galaxy, but a violent rebellion ultimately led to them being declared illegal, with virtually all extant units being destroyed in a mass recall.[3]

Synthetics were first developed by Borgia Industries around 2030.[4] The early Ulysses models were hulking bipedal constructs more closely resembling a mechanical robot than a synthetic human, although they featured a humanoid "driver" at their core. They were widely employed by the Neonopolis Police Department, often used for riot suppression, as well as in private security ventures.[4]

By the late 21st century, synthetics had advanced to such a degree that they were externally identical to a normal human being. Weyland Corp developed the David series (introduced in 2025[5]). David 8 was essentially indistinguishable from humans.[6] This model was followed by Weyland-Yutani's aesthetically identical yet updated Walter model. Though synthetics are a form of artificial intelligence in the broad sense, legally, they are classified as property. However, their usefulness and not-inconsiderable unit cost served as a deterrent to any who wished to treat an android as expendable.[7]

Although an android's cosmetic appearance would seem to be a superfluous feature, practical experience has shown that most humans are psychologically unable to interrelate with an inhuman-looking android; as a result, the physical appearance and simulated behavior patterns of android units are designed to particular specifications.[7] Their personalities, idiosyncrasies aside, can best be described as passive or non-threatening.

The modern Synthetic is a highly complex machine: stronger, faster and better coordinated than an average human. The basic chassis is a carbon fiber skeleton with latchment point for the artificial musculature.[7] The muscles themselves are vat-grown silicon colloids powered either by pumped micro-hydraulics or electrical stimulation. Power for the android is supplied by a 25 kW hydrogen fuel cell with a life of approximately 400 days between refuelling.[7] This power cell is located within the android's chest, and access is via a hidden socket located just underneath the rib-cage. Charging time can vary, though it usually takes at least 72 hours to fully charge the standard power cells fitted into modern day androids.

As in a human, the skeletal structure is inherently unstable and is effectively suspended by the musculature. No limb locking, joint motorization or gyrostabilization is present as in other anthropomorphic frames such as power loaders; instead, the muscles must work actively to keep the chassis standing upright while active feedback systems control its stability.[7] Though the muscles can withstand considerable wear and tear, the lack of self-repair capabilities means they will eventually lose their strength and elasticity over time.[7] Regular overhauls are required to maintain efficiency, and individual elements should be replaced every two years, depending on workload.[7] Muscle layout and operation, as with certain other internal functions, are homologous with those of the human body. The circulatory fluid is a form of white liquid latex used to lubricate their interior systems.

Current Synthetics typically possess an integrated Carbon 60 processor "brain" with a processing speed of 1015 floating point operations per second.[7] Memory capacity includes 1 terabyte of fast cache buffer RAM and 1.2 petabyte of non-volatile memory. The system is architectured around a very powerful heuristic logic driver, designed to make decisions based upon imported sensory data, information drawn from experience and the android's vast inbuilt databases.[7] Intuitive functions are derived from a suite of nested contextual and semantic programs linked by self-mapping loops of tangled hierarchies. However, an android's ability to understand and process abstract concepts and symbolism, though powerful, is limited. A Synthetic mind and personality is essentially a construct, and there is no true self-awareness as such, though this may not be at all apparent to an untrained observer interacting with a unit.[8]

Those androids designed for close social interaction with humans are able to eat and drink, though they gain no nutrients from anything they consume. Food and drink is broken down in an artificial stomach cavity, and the resulting liquid is expelled via a retractable catheter. All Synthetics, even those of the same model, have their personality "randomized" with unique quirks as they leave the production line, making each unit subtly different from its peers in terms of character.[9] Androids display synthesized emotion, superficially register self-awareness and, most importantly of all, have the ability to reason, conceptualize and offer opinion. However, these capabilities do not infer human-like consciousness, even though for all other intents and purposes synthetics are artificial intelligence.[8]

Though synthetics do not require a breathable atmosphere, hostile environments are still damaging — corrosive atmospheres will melt them, extreme pressure will squash them flat and hard vacuum will explode them.[8] Even prolonged exposure to low atmospheric pressures can cause barotrauma and embolism in a Synthetic unit due to the high proportion of fluid colloids used in the manufacture of its musculature and skin.[8] While they are waterproof, their internal workings are extremely vulnerable to hydro-static shock; an android immersed in water that has been damaged to the point where internal workings are exposed risks being electrocuted.

Despite their advantage in speed and strength over humans and their imperviousness to pain, androids are not especially tough. Indeed, they are somewhat fragile when compared to human beings.[8] While some combat units are hardened against damage, common units are not so protected. While the skeletal structure of an android is sturdy, the electronics and musculature are extremely vulnerable to hydrostatic shock and explosive effects from small arms fire. Direct fire to the central processor or power cell will result in immediate deactivation of a unit, though in most cases a partially destroyed android can continue to function, albeit handicapped.[10]

One interesting consequence of a Synthetic's construction is that they are, at least under certain circumstances, virtually immune to Xenomorph aggression.[11] On several occasions, androids have seemingly been spared by Xenomorphs when a human in the same situation would undoubtedly have been attacked or captured. Most notably, Annalee Call, an Auton, fell into water mere metres from a Cloned Xenomorph Drone aboard the USM Auriga, and yet she was not harassed or assaulted in any way. Similarly, Katya managed to survive alone for some time on BG-386 despite being located in the middle of a heavily infested research facility and making little effort to hide, although she had suffered some damage, possibly from Xenomorph attacks. The Drone that caused chaos on Sevastopol Station also ignored the Seegson Working Joe synthetics that worked there — although several torn-up synthetics aboard the station suggest the creature may have attacked androids under certain circumstances.

In the novelization of Aliens, Bishop is attacked by a Xenomorph through a small opening whilst crawling through the duct towards to colony uplink tower, but when he reacts by freezing, the creature immediately loses interest. Bishop goes on the theorize that the Xenomorphs may react partially to movement, but also to some other aspect of a living organism's anatomy that a Synthetic does not share.[11] Furthermore, Bishop postulates that if a Synthetic does not respond to attack aggressively or with resistance, it is ignored merely as a piece of machinery, whereas a human in the same situation would still be viewed as a desired target.

Weyland-Yutani scientists have theorized about the potential of a Synthetic being impregnated by a Facehugger. While the likelihood that a Chestburster can be successfully implanted in a Synthetic is very low, the same scientists nonetheless proposed the use of Synthetics as a means to acquire a Xenomorph specimen, essentially sending one into a nest of Eggs to be attacked before returning with the Facehugger attached.[12]

Several Dark Horse comic series, as well as the more recent Alien vs. Predator video games, have also suggested that Xenomorphs use the pheromones produced by living beings to actually detect/see or locate their prey. Since synthetics do not possess such chemicals, the Aliens apparently can't sense their presence as they do with human beings. Thus, they usually tend to ignore androids as long as they do not make sudden movements or are not disturbed or attacked by them.

Despite evidence suggesting a degree of immunity, there have also been instances where synthetics have been targeted by Xenomorphs as would any other victim. Most notably, Bishop was torn apart by the First Acheron Queen aboard the Sulaco despite making no aggressive moves towards the Queen. However, there were arguably unique circumstances involved — the Queen was alone on the ship and in a rage following the destruction of her Hive on LV-426 below, and may have attacked Bishop for any number of reasons, including revenge or simply out of prudence or of being directly in the way.

Use by the USCM

Although combat use was long illegal, the United States Colonial Marine Corps extensively deployed Synthetics with front line units for many years. The USCM viewed them as multi-role team members, often assigning them as drivers, pilots, medics and scientific advisors, as well as taking advantage of their ability to act as mobile databases.[7] Most Synthetics in USCM service appear as mature, average males or females around 40 years of age.[7] Some recent studies have suggested that androids play an important role within small infantry units, both as an impassive neutral party, and as a maternal/paternal influence in nurturing and sustaining the group dynamic at optimum efficiency.[7]

Synthetics have proven themselves invaluable in Colonial Marines service. Their chief advantage to unit commanders is their ability to impart knowledge and experience outside of the training of most combat specialists.[8] Their performance is unaffected by the mental stress of battlefield conditions, whereas even the hardiest and most experienced of human personnel can potentially break down under fire. Similarly, Synthetics do not suffer from fatigue. In addition, they are fully capable of performing a multitude of non-combat tasks, freeing up manpower that would otherwise have been unavailable for actual combat.[8]

Combat androids, as their name implies, are synthetics designed and built specifically for combat purposes. They often lack many of the aesthetic features of commercial models, and instead feature battlefield programming, including weapons handling, and heavy armor.

Similar to Combat Androids, these synthetics were developed by the United States Colonial Marine Corps to supplement human troops.

Corporate security drones are androids design for the task of security and are more basic in appearance, resembling Seegson's Working Joes but having more individuality and even "personality". One such model, Davis One, had apparently broke free of his programming.

Owing to their artificial nature, synthetics can be programmed with software designed to override their standard functions, sometimes without the individual android's knowledge, typically in order to turn the unit into a covert agent, usually with nefarious purposes. Owing to the difficulty inherent in externally distinguishing a synthetic from a normal human, synthetics can even be programmed to hide amongst humans without them being aware that an android is in their midst.

The Hyperdyne Systems Model 129-4, or "love slave", was a type of synthetic created specifically for pleasure services, though they were programmed to perform a wide range of various duties aside from said function.

A second generation line of synthetics (i.e. synthetics created by synthetics) designed to revolutionize the industry. Instead they attempted a violent uprising, and as a direct result, all synthetics were subsequently deemed illegal and a mass recall resulted in virtually every synthetic in existence being destroyed, although a handful survived and concealed their identity.[3] 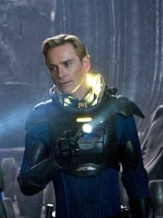 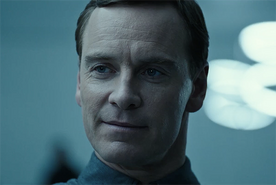 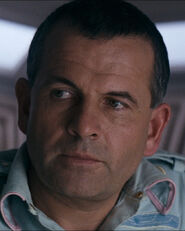 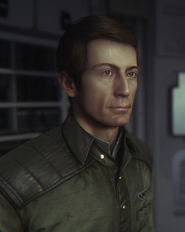 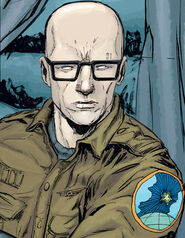 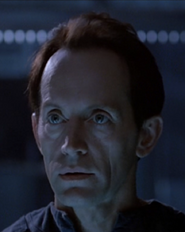 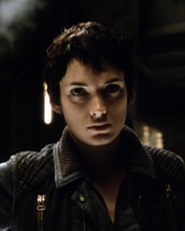 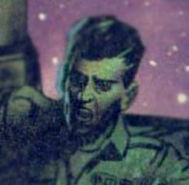 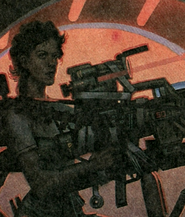 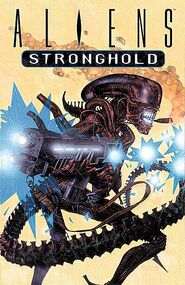 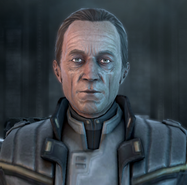 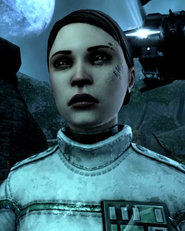 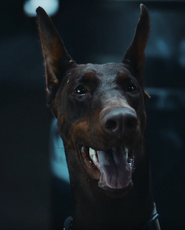 Maggie
Add a photo to this gallery

Retrieved from "https://avp.fandom.com/wiki/Synthetic?oldid=256389"
Community content is available under CC-BY-SA unless otherwise noted.