Predator 2
Stephen Hopkins (born November 1, 1958) is a Jamaican-born American film and television director and producer who directed the 1990 film Predator 2. Other notable films Hopkins has directed include A Nightmare on Elm Street 5: The Dream Child (1989), Blown Away (1994), Lost in Space (1998) and The Life and Death of Peter Sellers (2004), as well as several episodes of the first season of 24 (2001).

Hopkins has won an Emmy. 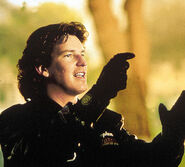 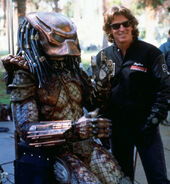 Hopkins on the set of Predator 2, with Kevin Peter Hall
Add a photo to this gallery
Retrieved from "https://avp.fandom.com/wiki/Stephen_Hopkins?oldid=253917"
Community content is available under CC-BY-SA unless otherwise noted.