"Someone's sabotaged the door to Medical. Part of the lock's been removed."
―Amanda Ripley

The Solace (also known as the Patna) was a ship cut from Alien: Isolation during development. It was to be the setting of the game's original opening scene, removed in a story rewrite around a year before release.[1]

Following its removal the ship's map was repurposed as the Anesidora.[1]

The Solace was a small ship that escaped Sevastopol Station after the Xenomorph infestation began to take hold. Doomed for failure, it was heavily overloaded with desperate survivors who hoped to flee the station - it had no FTL drive and insufficient hypersleep pods for all those on board. Passengers planned hypersleep rotations for their trip.

Seemingly a Xenomorph (or at least someone impregnated with a Chestburster) was also on board the ship after it departed Sevastopol. This, coupled with the eventual failure of the ship's power and life support systems, led to the death of all passengers on the ship.

After the chaos aboard, the derelict ship's emergency beacon was picked up by the Torrens on its journey towards Sevastopol. Per company regulations, the Torrens crew was roused from hypersleep to investigate. Amanda Ripley boarded the Solace to find it frozen and deserted. She explored the ship and discovered the fate of the crew, however when she managed to restore power the ship began to thaw out and break apart in space. Amanda narrowly escaped back to the Torrens, before the team continued to Sevastopol station.

Another deleted section later in the game was at one point to reveal that Seegson executive Ransome had met his fate while escaping Sevastopol aboard the Solace.

The Solace was cut from Alien: Isolation during its development around a year before the game's release when the story was rewritten for a final time. In this rewrite the Dry Docks, Gravity Anchors, and other areas of Sevastopol were completely scrapped, including a large number of finished cutscenes.

It was stated by a developer that the Solace was cut from the game due to pacing issues, as the player took too long to get onto Sevastopol with it placed at the start of the story. To save scrapping the completed Solace level, it was given a new art pass and reworked into the Anesidora. The Dry Docks were cut as a result of this, since the story of the Anesidora mission originally took place there, with the ship being in the Dry Docks being disassembled by Working Joes. This chain reaction is also likely what caused Ransome to be removed as an NPC in the main campaign.

Based on data found in the game files it seems that the Solace was originally the Patna, a medical vessel detailed in The Art of Alien: Isolation. Interestingly, the Anesidora's map in the final game is still named "SOLACE", and follows almost all of the story beats from the Solace mission, even down to the door keycodes. The cut M15 inter-tower transit shuttle is then utilised to get Amanda aboard, instead of the EVA which the player would've taken in the original story.

The Patna at one point had its own map file named "BSP_Patna" so it is possible that the Solace simply heavily re-used the Patna's assets, rather than directly taking its map, however blockouts of the Patna match the Solace's layout closely, such as the Fusion Generator room. The Solace however would have been quite different visually, since the ship was frozen in space the map was covered in ice. Sound files can still be found in the game for the majority of ambient audio and sound effects for the Solace, including space suit depressurisation, ambient room sounds, cryosleep pods opening (referred to as "Glass Coffins"), hull creaks, explosions, and ice cracking.

Concept art showing some areas aboard the Solace. Named "solace-ice" by Brad Wright. 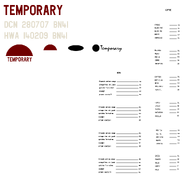 A texture used for the canteen area in the tech lobby, named "Ghostship" - presumably originally from the Solace.
Add a photo to this gallery

Retrieved from "https://avp.fandom.com/wiki/Solace?oldid=259024"
Community content is available under CC-BY-SA unless otherwise noted.