The Snake Alien is a part of the Aliens toy line produced by Kenner Products.

It has no arms or legs, but possesses a powerful tail which allows it to attack and hide in trees. It also possesses a wide hood similar to that of a cobra, which it spreads before spitting acid at its victims. 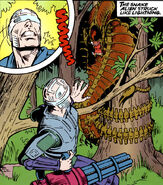 NECA's redesign of the Snake Alien. 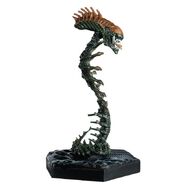 Eaglemoss Collections figurine of the Snake Alien.
Add a photo to this gallery
Retrieved from "https://avp.fandom.com/wiki/Snake_Alien?oldid=255031"
Community content is available under CC-BY-SA unless otherwise noted.