Black is perhaps most famous for his high-profile action movie screenplays, of which he wrote several during the 1980s and 90s, most notably Lethal Weapon (1987), The Last Boy Scout (1991) and The Long Kiss Goodnight (1996). 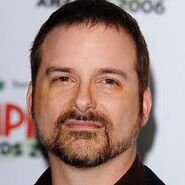 Retrieved from "https://avp.fandom.com/wiki/Shane_Black?oldid=260795"
Community content is available under CC-BY-SA unless otherwise noted.