Julia Jones, resident reporter for The Colonial Times, described it as the "company we all forgot", and one of the "second-tier corporations", who were wasting investments in over-expansion during the race into the Outer Rim.

Like Weyland-Yutani, Seegson sought Xenomorph specimens to procure and study.[5]

"Here at Seegson, we understand science and technology need to work with society. There are many discoveries and opportunities out on the horizon, but we believe that before we set off into the wild blue yonder, we should concentrate on solving those problems closer to home. That's why at Seegson every new technology, research project and discovery is concentrated with finding real world applications to help families, small businesses and local communities, We don't forget the little details when seeing the big picture. We don't want to show you a new world, we want you to discover it with you, we hope you'll join us for the journey."

Seegson was founded as Sieg and Son by entrepreneur Josiah Sieg.[1] With the advent of faster-than-light travel in 2034, Sieg and Son became a major competitor to Weyland Corp, who were the pioneers in the field.[1] The company's willingness to share its FTL products with other corporations — a practice that set it apart from Weyland Corp — helped it to achieve huge success.[1] By 2066, Sieg and Son was operating huge manufacturing plants in London, Buenos Aires, Nagasaki and on Luna.[6] In 2071, the Sieg family sold their shares back into the company, which continued to expand at an exponential rate. Sieg and Son became market leaders in the production of cars, chemicals, educational equipment and building materials.[6] Towards the end of the century, the company formally changed its name to Seegson.[6] In 2115, Josiah's descendant Sebastian Sieg created a series of articles that chronicled the company's history and development, under the title "Tomorrow, Together"; these were originally published in the book Eye on Seegson.

Among Seegson's more notable endeavors was its heavy investment in deep space orbital platforms, such as Sevastopol Station, which the company bought from previous owners GeoFund Investor in 2124. Seegson turned the dilapidated station into a bustling freeport and made it the primary off-planet site for the development, manufacture, sale and maintenance of their Working Joe androids.[7][8] The station was also outfitted with an APOLLO mainframe that governed its day-to-day operation, the company winning awards for its advanced AI system.[8]

However, Seegson's decision to gamble on deep space orbital platforms for extra-solar habitation — as opposed to the terraforming and colonization technologies being pursued by the Weyland-Yutani Corporation — would prove disastrous.[9] According to reporter Julia Jones of the Colonial Times, it became "abundantly clear that Seegson has gambled wildly with both its own investment and that of banking corps such as GeoFund Investor".[9] The company's rush to expand into space colonization, and the high operating costs involved with such a venture, meant it was unable to support itself when the industry collapsed. The failure of deep space orbital outposts in favor of planetary habitation crippled Seegson, and many of its settlements soon became economically nonviable and were forced to close down. Sevastopol, one of the company's flagship outposts, was placed on the market on September 16, 2137.

"While they maintain an impressive array of product lines, Seegon's wares are considered somewhat inferior to those produced by Weyland-Yutani. The Colonial Times has even referred to Seegson merchandise as "cheap knockoffs." Still, an independent colony that couldn't afford a W-Y security system would do almost as well with one from Seegson, and their A.P.O.L.L.O mainframe system continues to be a popular and cost effective choice for starship and colony management on the frontier."
―Alien: The Roleplaying Game

Despite Seegson's aspirations of matching Weyland-Yutani, the reality was that many of their products were inferior and more rudimentary in nature. For example, some of their synthetics sounded more 'robotic' and did not look properly human; instead, they resembled mannequins. However, Seegson's technology was similar to Weyland-Yutani's, and at least one of their space stations was equipped with a computer whose voice matched that of the USCSS Nostromo's MU/TH/UR 6000. 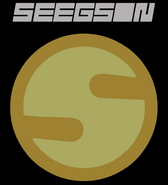 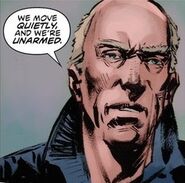 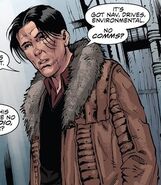 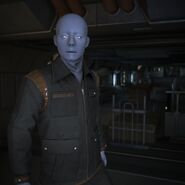 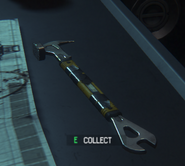 The Maintenance Jack up close.