The Galoob Predator Micro Machines toys were a 1996 line of scale miniature toys based on the Predator franchise. A total of three miniature sets, one larger scale Action Fleet vehicle and one Transforming Action Set playset were released before the toy line was cancelled in 1997.

Along with the Predator toys, Galoob also produced a line of Aliens Micro Machines toys. 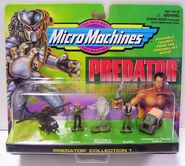 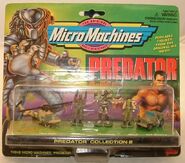 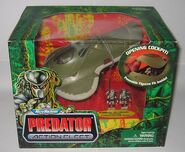 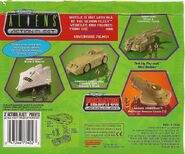 An advertisement for the Aliens and Predator Action Fleet products 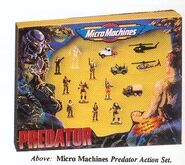 Micro-Machines Predator
Add a photo to this gallery

Retrieved from "https://avp.fandom.com/wiki/Predator_(Micro_Machines)?oldid=222725"
Community content is available under CC-BY-SA unless otherwise noted.