Nintendo Entertainment System
Commodore 64
ZX Spectrum
Amstrad CPC
Predator is a 1987 side-scrolling shooter video game developed by Pack-In-Video and published by Activision for the Nintendo Entertainment System, Commodore 64, ZX Spectrum and Amstrad CPC. It is based on the film of the same name. It was later ported to the Atari ST BBC Micro and MSX in 1988 and the Amiga home computer in 1989.

Players earn the role as Dutch as he battles his way to survive, and finally defeat the Predator. 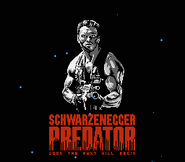 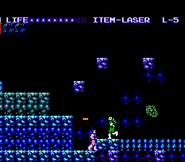 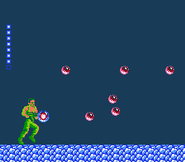 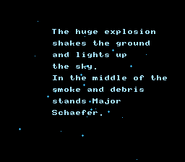 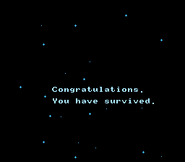 The end.
Add a photo to this gallery

Retrieved from "https://avp.fandom.com/wiki/Predator_(1987_video_game)?oldid=241438"
Community content is available under CC-BY-SA unless otherwise noted.