Mike Tanaka[4] was a Systems Archivist aboard Sevastopol Station.[1] When a lone Xenomorph was unleashed on the station by the crew of the USCSS Anesidora in 2137, he became one of the survivors desperately waiting for rescue. Through his Twitter posts and an in-game audio log, it is revealed that he had two daughters named Beth and Heidi, who he affectionately referee to as “Jellybeans”, and a wife named Ann. He was also good friends with Axel Fielding.

On his Twitter account Mike kept records of his activities on Sevastopol almost as if it were a diary, the tweets follow his story through leaving his family, arriving upon Sevastopol Station, his daily activities upon the station and then finally the outbreak of the Xenomorph and his eventual death. On his Twitter account a passcode can be found to access his locker and retrieve supplies.

A few archive logs can be picked up around Sevastopol that mention Mike, as well as an audio log recorded by himself near to his corpse, which can be found in a locked room in the Solomons Habitation Tower near to the Sevastopol Spaceflight Terminal. It is only accessible if the player has an ion torch.

Tanaka was brought to Sevastopol to help with system problems duirng the ageing station's decommissioning. Near the beginning of his Twitter account, Mike had posted tweets about how he was very excited for his new job at Sevastopol and although he regretted leaving his wife and kids, he still looked forward to it.

A few days after he arrived at the station, he met Axel and became good friends with him and recorded his various activities with him. He also talked about his experiences with Dr. Lingard, whom he took a liking to, and Ransome, whom he regarded as "one of those stuck up, corporate types". He later sketched pictures of all three of them as well as his family and Marshal Waits.

When Sevastopol was being decommissioned, Mike had recorded all of the various difficulties and problems that he had faced and witnessed following the decommission. He also talked about the station's Working Joes which he expressed a suspicion to. When the station went into a lock-down, he suspected that the Marshals were keeping something from the residents.

Mike had posted an in-game archive log that revealed that Ransome had been hacking into other crew member's private messages and camera feeds "for the past two years."

Mike described the decaying conditions of the station and how residents were becoming more violent, restless and suspicious of the marshals. He was one of the many residents who had attended the public meeting in the Spaceflight Terminal hosted by Waits after increasing demands. However, Mike described that after Waits refused to give any answers to the crowd as to what was going on in the station, the crowd reacted angrily and a gunshot from the crowd was fired, creating panic. Mike described the following days of chaos, with gunshots being heard around the station, fights breaking out everywhere and how he got mugged by two people waiting outside his room. Axel was able to take him to a "safer" place where they both stayed for a while.

Axel had constantly left the new room to check out the conditions of the station, but Mike stayed in, usually hearing gunshots and screaming as he waited. Axel described the amount of mauled dead bodies outside and how they looked like they were killed by "some sort of animal."

Mike's first encounter with the Drone was him describing that he could "hear something loud in the vents above me" and that it was "definitely not human." His posts became more fear stricken from then on. Eventually he came across the Xenomorph in all its physicality. Mike was able to sketch four pictures of it. Two of which he posted on his account.

His final message on Twitter was him telling his family that he loves them and that he's left an audio log for them. The audio log can be found in Mike's new room with his corpse also inhabiting it in the Spaceflight Terminal area. Mike's dying voice is heard on the audio log as he laments to his wife that the Drone had attacked and fatally wounded him and that he never should have left her and his kids.

A fictional Twitter account, Mike Tanaka (@MikeTanaka2095), was created for Tanaka. The account posted many in-universe Tweets detailing Tanaka's life on the station, the first of which was posted on December 5, 2013 at 1:47 AM[5] (before the game's official announcement on January 7, 2014) and the last of which was posted on October 6, 2014 at 8:37 AM[6] (the day the game was released on Steam). Searching for Tanaka's employee ID number in a real life search engine would lead players to the Twitter account.

Mike's sketch of Axel. Note the "too much Aspen" quote on the top right.

Mike's sketch of the Drone. 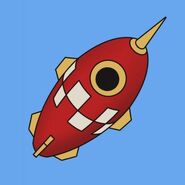 Concept art of Mike.
Add a photo to this gallery

Retrieved from "https://avp.fandom.com/wiki/Mike_Tanaka?oldid=247045"
Community content is available under CC-BY-SA unless otherwise noted.