Xenopedia mourns the passing of Charles Lippincott, editor of Alien: The Illustrated Story and marketing consultant on the film Alien, at the age of 80.
Aside from his work in the Alien franchise, he is perhaps best remembered as head of merchandizing for the original Star Wars film, thereby giving birth to the modern concept of movie merchandizing. 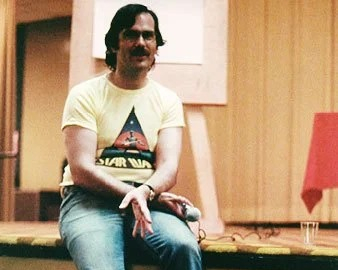 Welcome, <insert name here>!
Xenopedia is a comprehensive collaborative database documenting everything in
the official Alien, Predator and Alien vs. Predator universe, including Prometheus.
Users are currently editing 4,961 articles started since May 26, 2006, and
you can help!

The unnamed pilot flying the rescue helicopter at the end of Predator is portrayed by Kevin Peter Hall, the actor who also played the Predator in the film. He was given the part at the last minute by director John McTiernan as a thank you for his weeks of gruelling work performing inside the Predator suit.

Retrieved from "https://avp.fandom.com/wiki/Main_Page?oldid=257654"
Community content is available under CC-BY-SA unless otherwise noted.