The Legendary Weapons (LW) are a group of special weapons featured in the video game Aliens: Colonial Marines, based on weapons used by the crew of the USS Sulaco in Aliens. They are similar in operation to the regular weapons in the game, yet most of them boast a unique appearance and different stats and capabilities.

There are six Legendary Weapons included in the game, with a seventh, Ripley's Pulse Rifle, initially available to those who pre-ordered the Collector's Edition, although it was later released as DLC for anyone to purchase with the Limited Edition pack costing $4.99.

The basic six Legendary Weapons are found by exploring either the Sulaco, Hadley's Hope, or the Origin Facility on LV-426. In-game, they are identified by a yellow highlight with the weapon's icon and a star above it. It can also be detected by using the M314 Motion Tracker by its unique symbol. Once a weapon is obtained, the player is rewarded with experience and the weapon is permanently unlocked for singleplayer and multiplayer use (with the exception of Vasquez's Smartgun and Frost's Flamethrower, which are discarded after use, similarly to the regular versions of those weapons).

Unlike the other weapons in the game, the Legendary Weapons cannot be modified with attachments. They also use a unique ammunition supply separate from regular weapons of the same type. For example, Hicks' Shotgun cannot use regular M37A2 Pump Shotgun ammunition, even though they are essentially the same weapon which share the same ammunition in-universe. Hicks' Shotgun cannot also use other ammunition that is equivalent to other weapons of the same shell or caliber, such as the MK221 Tactical Shotgun or the Sawed-off double barrel shotgun. Legendary Weapon ammunition is highlighted with the same yellow color as the weapons themselves and will be randomly generated throughout the campaign levels' ammo pickups, although with considerably less frequency than regular ammunition.

The message displayed upon obtaining a Legendary Weapon.
Add a photo to this gallery 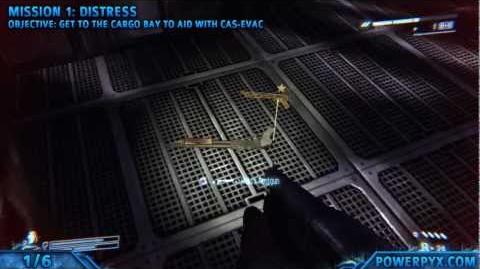 Retrieved from "https://avp.fandom.com/wiki/Legendary_Weapon?oldid=259491"
Community content is available under CC-BY-SA unless otherwise noted.