Super Predator Clan
The Jungle Hunter Clan is probably the best-known group of Yautja. The most famous recorded human encounter with this clan was when an individual tracked down and slowly picked off Alan "Dutch" Schaefer's mercenary squad in Guatemala.

At some point in their history, the Jungle Hunter Clan was at war with the Super Predator Clan for an unknown reason. Noland described it as blood feud that had apparently been going on for some time. 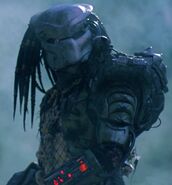 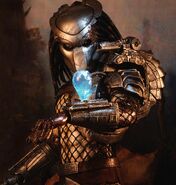 The Crucified Predator with his hologram.

A Jungle Hunter in AVP: Evolution.

The Jungle Hunter Clan as they appear in AVP: Evolution. 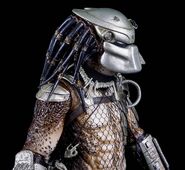 Retrieved from "https://avp.fandom.com/wiki/Jungle_Hunter_Clan?oldid=272402"
Community content is available under CC-BY-SA unless otherwise noted.