The IRC Mk.50 Compression suit (or the MK 50 Compression suit) was a high quality compression suit designed with combat in mind manufactured by Weyland-Yutani (in 2122, at least).[1][2] Arthur Dallas, Joan Lambert and Thomas Kane notably wore Mk.50s to explore the surface of LV-426, discovering the derelict there.

The visor of the MK 50 is non-resistant to Facehuggers and they can quickly melt through the visor and attach to the wearer's face.

For low pressure operations, one of the most commonly used suits in service was the Mk.50 Compression suit. The suit consists of an inner thermal regulation garment and two outer layers of tight fitting elastic fabric with an airtight covering to compress the wearer's body against the effects of low pressure. No decompression period is required before donning the suit, and they provide greater freedom of movement than a pressure suit. Furthermore, without the need to maintain suit pressure, less breathable gas needs to be carried and life support packs can be considerably lighter. However, the suits take longer to put on than pressure suits, are less comfortable over long durations and provide no protection against high pressures.[3]

Because the Mk.50 is worn so tight, many items of standard Marine equipment can be adjusted to fit over them. Special BDUs printed with a high contrast pattern are used on airless worlds. The life support pack is clipped to the back of an M3 armor vest and connects directly to the helmet and thermal regulation suit. Inside the helmet a Marine wears a cloth cover, to which is attached a Head Mounted Sight.[4]

When the USCSS Nostromo intercepted a transmission of unknown origin, Dallas, Lambert and Kane donned MK 50s to explore the surface of LV-426 in search of the transmission's origin. They discovered that the signal was coming from a derelict ship and inside, Kane discovered a Xenomorph Ovomorph which a Facehugger emerged from and attacked Kane, melting through his MK 50's visor and attaching to his face. Kane was later brought aboard the Nostromo and the crew removed their MK 50s. Kane's suit was also removed and his MK 50's helmet was cut in half down the center. Later, after the Alien had killed all of the crew except Ellen Ripley, Ripley donned a white MK 50 without a flashlight on the top of the helmet stored in the space suit locker aboard the Narcissus to kill the Alien (which had snuck aboard the shuttle). After the Alien was blown out the airlock, Ripley removed her MK 50 and went into hypersleep. Her suit was later discovered by a deep space salvage team.

The USCM also made use of a new version with a slightly different name — the IRC Mk.50 Compression suit — in the 2170s. However, the suit used by the USCM was much different than the one previously used by the crew of the Nostromo and much less bulky.

The initial design for the space suit came from initial production art by the legendary French comic artist Mœbius, who also designed the crew uniforms and insignia for Alien.[citation needed]

The helmets were made out of fibreglass and are "quite heavy." For the white helmet worn by Ripley at the end of the film, Lambert's helmet simply had its light removed and was painted white so they wouldn't have to make a new helmet. The inside of Lambert/Ripley's helmet has "tons of little lights and stuff that all light and worked", according to collector Bob Burns, who currently owns the white helmet.[5]

Ripley putting on a white Mk.50.

A close-up of the helmet of Ripley's white Mk.50. 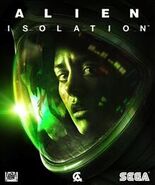 Amanda Ripley wearing a Mk.50 on the artwork for Alien: Isolation

Kane's suit on display at the Prop Store's booth at San Diego Comic-Con 2013.[8] 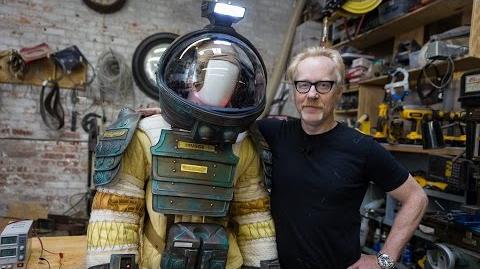 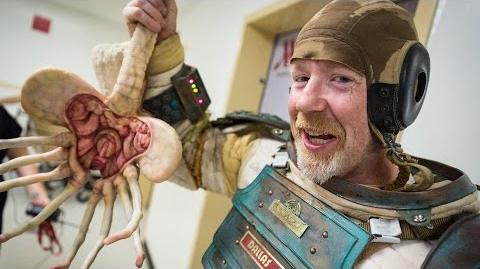