Grid was a Xenomorph Warrior that acted as the alpha of the Xenomorphs and was born in a Yautja pyramid beneath Bouvet Island in 2004. Its name was given due to net wounds when getting constricted in Celtic's net. Grid was responsible for killing the Yautja Chopper and Celtic, who had come to the Pyramid to hunt Xenomorphs as part of an initiation hunt, and also helped to free the Queen held captive by the Predators deep within the pyramid.

Grid was killed when Scar destroyed the entire pyramid with his Self-Destruct Device.

Grid was presumably born from one of the expedition members trapped inside the sacrificial chamber and impregnated by Facehuggers. After being born, it quickly grew to maturity and began stalking the three Yautja that had come to hunt it and its fellow Xenomorphs. Grid encountered Chopper as the Predator prepared to kill Lex Woods and, seizing its opportunity, impaled the cloaked Yautja from behind with its tail before it was even aware of Grid's presence. After dispatching Chopper with a Headbite, Grid attacked Celtic, engaging the second Predator in a brutal brawl. During the fight, Celtic severed the tip of Grid's tail and trapped it with its Netgun, the constricting net carving into Grid's armor and slicing a grid of wounds that gave the individual Xenomorph its name. The wounds also caused Grid's acid blood to dissolve the net and allowed the Alien to escape; it immediately pounced on Celtic and killed the Predator with a Headbite.

With two of the Yautja dead, Grid turned his attention to the final surviving Predator — Scar. Upon locating the Predator deep within the pyramid, Grid led several other Xenomorphs in an attack, despite the fact Scar was now armed with his Plasmacaster. As Scar began gunning down the Xenomorphs, Grid hid in the shadows to avoid the plasma bolts, before breaking off the attack when the Queen ordered her brood to retreat and join her. Upon reaching the Queen's chamber, Grid and the other Xenomorphs released her by wounding her, allowing her blood to burn through the chains that held her.

With the Queen free, Grid returned his attention to Scar, pursuing the Yautja as it attempted to escape to the surface with Lex. Grid attacked, but Scar and Lex managed to slip away by activating an emergency winch that hauled them up through the access tunnel in the ice, leaving Grid behind. Grid then perished when Scar's Self-Destruct Device detonated, destroying the pyramid and many other Xenomorphs in the process.

Grid and its siblings responding to the Queen's call.

Grid and its fellow Warriors in pursuit of Scar and Lex. 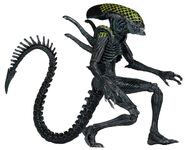 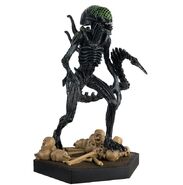 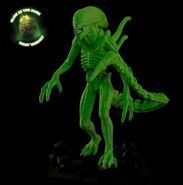 Eaglemoss Collections glow in the dark figurine of Grid.
Add a photo to this gallery 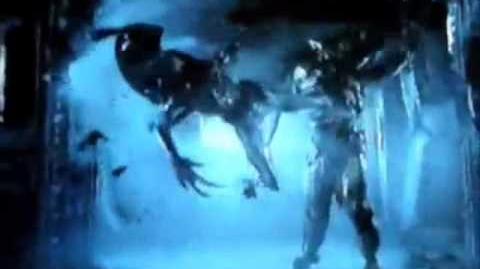 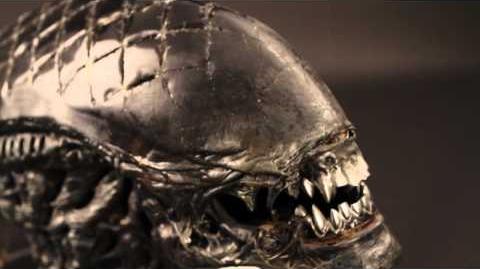 Retrieved from "https://avp.fandom.com/wiki/Grid?oldid=243119"
Community content is available under CC-BY-SA unless otherwise noted.