The Grant Corporation was a major, multifaceted Earth-based interplanetary corporation founded by Daniel Grant in the 22nd century.

Unlike other human companies of the period, the Grant Corporation was eventually known at times to take a more ethical approach to its pursuit of studying and capitalizing on the study and acquisition of Xenomorphs.

The company was responsible for a number of scientific advances in Xenomorph-based technology and pharmaceuticals, including the creation of acid-proof clothing for the handling of Xenomorphs, and the synthetic drug Xeno-Zip, derived from the Royal Jelly produced by Xenomorph Queens.

Grant owned Grant Corporation Station 13, which was host to a Xenomorph infestation and later nuked from orbit by the United States Colonial Marine Corps. 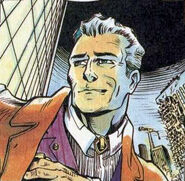 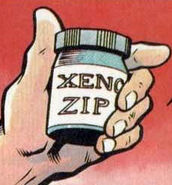 Dr. Nordling and the Synthetic Jeri

USS Razzia
Add a photo to this gallery
Retrieved from "https://avp.fandom.com/wiki/Grant_Corporation?oldid=247368"
Community content is available under CC-BY-SA unless otherwise noted.