Carl Chase is an English actor who played Frank in the 1992 film Alien3. Other notable films Chase has appeared in include Batman (1989), Cutthroat Island (1995) and The Mummy (1999). Aside from his work in film, Chase has also had an extensive career in British television. 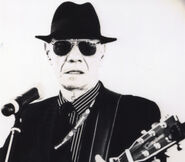 Carl Chase.
Add a photo to this gallery
Retrieved from "https://avp.fandom.com/wiki/Carl_Chase?oldid=243708"
Community content is available under CC-BY-SA unless otherwise noted.