In the overall Dark Horse crossover comics line, Batman versus Predator II: Bloodmatch was preceded by Predator versus Magnus, Robot Fighter, and was followed by Superman vs. Aliens.

#1: Months ago, Batman narrowly defeated an alien hunter that terrorized Gotham City. In return, the creature's species vowed never again to use the Dark Knight's city as its hunting grounds... But a reckless young Predator with dreams of glory has chosen to break that vow and renews the hunt, seeking to overthrow the upstart human "Champion". While Batman is stalked by the Predator, hired assassins of a Gotham crimelord are also after the Dark Knight. Into this deadly game is drawn the Huntress and a duo of Predators seeking to salvage their race's honor by stopping the young rogue.

#2: Batman goes hand-to-hand with the renegade Predator while Commissioner Gordon lies in a coma. On the trail of both combatants is the Huntress... who arrives too late to save the Dark Knight from defeat in the first battle of this deadly war!

#3: The odds shift when Batman constructs a device that enables him to see the Predator despite the alien's invisibility. But that tactical advantage may prove short-lived when two more Predators arrive in Gotham City!

#4: Batman and the Huntress risk their lives in the final confrontation with the young turk Predator.

In the aftermath of the events from Batman versus Predator, the Predators return to Earth to settle the score with the Caped Crusader, who is this time joined in the battle with the female superhero the Huntress. But Batman is already facing off against some of the deadliest human killers he's ever had to face.

Veteran comics writer Doug Moench has worked on numerous titles throughout his career including Shang-Chi Master of Kung-Fu for Marvel Comics and on Detective Comics for DC.

Artist Paul Gulacy has had a similarly full career in comics, often collaborating with Moench on Batman work and elsewhere.

Trade paperback edition cover artist Simon Bisley is famous for his work with Heavy Metal magazine, on the British comics character Judge Dredd, and on DC Comics' Lobo, among others. He also illustrated the story Aliens: Reapers and the cover of Dark Horse Presents: Aliens for Dark Horse.

Cover to issue 2 by Gulacy and Terry Austin

Cover to issue 3 by Gulacy and Austin 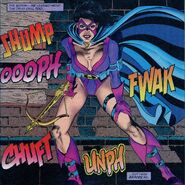 The Huntress
Add a photo to this gallery
Retrieved from "https://avp.fandom.com/wiki/Batman_versus_Predator_II:_Bloodmatch?oldid=244530"
Community content is available under CC-BY-SA unless otherwise noted.