The Kenner Aliens vs. Predator toys were a line of action figures and accessories based on the Aliens vs. Predator franchise. While branded under a new name, the series in fact consisted of the company's previous Aliens and Predator figures repacked in new "vs." sets. Just two sets were released, each containing an Alien and a Predator[1] 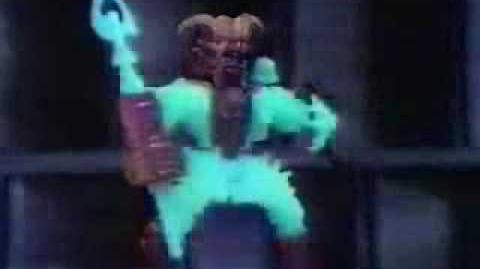 Alien vs Predator Toys
The commercial for the toyline.
Add a photo to this gallery

Retrieved from "https://avp.fandom.com/wiki/Aliens_vs._Predator_(Kenner)?oldid=222722"
Community content is available under CC-BY-SA unless otherwise noted.