Each battle sequence is represented by first choosing an Alien to fight (the selection of which is arbitrary). You then see the Alien represented by the number 1, 2, or 3 flashing next to it. The idea is to press the number shown and hopefully injure the beast.

The only other element of interface is your backpack, where you keep looted armor and weapons. When you get a better item than you currently have, you pick it up and throw out the older one.

After surviving attacks, you recover gear that will help you in later battles. Helmets and boots provide extra armor.

The guns are quite plentiful in the game. You have access to nine weapons, including a Bazooka, the M56 Smartgun, a shotgun, Scope Rifle, and a RPG (Rocket-Propelled Grenade).

You are a United Systems Colonial Marine recruit selected to become the best of the best-if you can make it through elite boot camp. You are stationed on New Quantico, a secret training facility on a newly inhabited planet in the Hixxo 53 star system, practicing on some "Synths," Synthetic Xenomorphs, meant to prepare you to fight the real ones and you are roaming hallways, learning techniques that will help you fight the Aliens in real combat.

The Synths, manufactured by "The Company", malfunction and they start killing Marines (or so you are told by this little pop-up "Synth Advisor," who is there to keep up the pretense of a storyline), and you have to contain the threat.

At the end of the game, you are promoted to a full Marine. 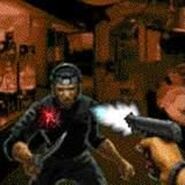 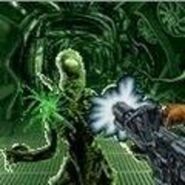 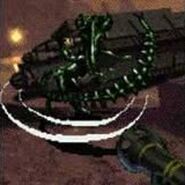 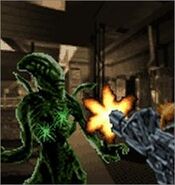 Screenshot of a player using the Smartgun.[6]
Add a photo to this gallery 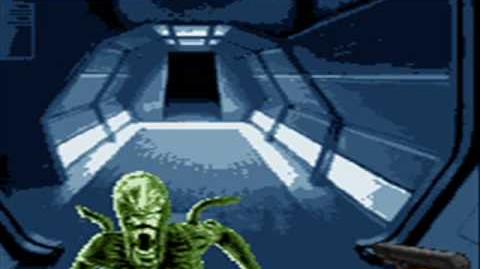 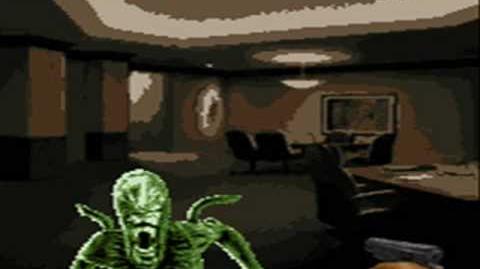 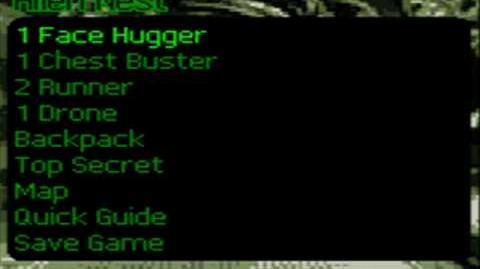 Retrieved from "https://avp.fandom.com/wiki/Aliens:_Unleashed?oldid=241456"
Community content is available under CC-BY-SA unless otherwise noted.