1998
Aliens: Hive Wars was a cancelled mini-comic[1] that was to be published by Dark Horse Comics in 1998. It would have been a tie-in to the Aliens: Hive Wars action figure line produced by Kenner Products.

While similar in nature to the Aliens: Space Marines comics packaged with Kenner's earlier Aliens toys, the comic does not seem to be connected directly to the events of that series. It does, however, re-use the Space Marine concept and features a new version of Hicks.

Space Marine H.E.A.T. Force was dispatched to the Xenopod Hiveworld to destroy the Alien hives once and for all. However, their mission was made much harder by the presence of several Predators, lured to the planet by the high presence of Aliens.

Lead by Smash Mason, the Space Marines — Corporal Hicks, the android Integer3, and the Predator R-Zor — set out to wipe out the Alien hives and the invading Predators. They soon encountered a Drone Alien and R-Zor chased after it, then being ambushed by a swarm of Dragonfly Aliens.

The Marines assisted their Predator ally, with Hicks deploying a quadrupedal combat robot named Spot. The Aliens tried to bite R-Zor but his skin was too tough for their acid. After eliminating the Aliens, a Heavy Infantry Predator jumped down and attacked the Marines. After the Predator blasted Mason and grabbed Hicks, Integer3 killed the Heavy Infantry Predator, saving Hicks.

One of the Predators then unleashed an Egg Alien on Mason, who was shocked by the creature's disguise. As he fought back, a new swarm of Dragonfly Aliens arrived. Several more Predators also dropped down into the fight, including the female Air Attack Predator, Mason then remarked about how much fun he was having. Mason shot down the Air Attack Predator and Interger3 blasted an Alien, telling Hicks to clean up after himself.

Hicks remarked that he was a fighter, not a janitor as he punched a Predator in the face, asking Mason if he had a new job for him. Mason responded by throwing a Predator at him and asked him to hold it for him. The Marines were surrounded by Aliens and Predators, locked in a three-way battle to the death, determined not to stop until they wiped the others out.

Aliens: Hive Wars is one of a limited number of Aliens comics that have never been released anywhere; others include Aliens: Matrix, Aliens: Colonial Marines - Rising Threat and the final two chapters of Aliens: Crusade.

Much like the Aliens: Space Marines comics that came packaged with Kenner's earlier Aliens toy line, Hive Wars features a variety of different Xenomorphs with unique abilities and/or appearances, including several flying variants with two pairs of dragonfly-like wings. 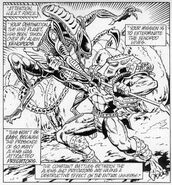 An Alien and Predator duke it out as the Space Marines are given their mission. 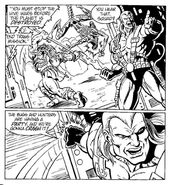 Mason tells the Marines to get ready. 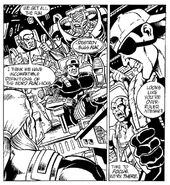 The Marines discuss how much fun they're about to have. 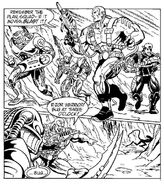 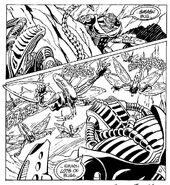 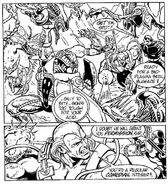 The Marines fight the Aliens. 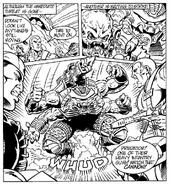 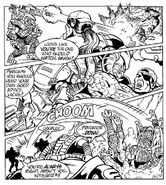 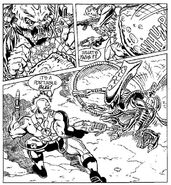 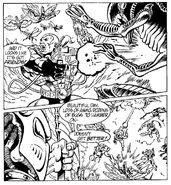 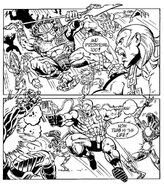 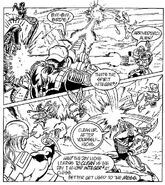 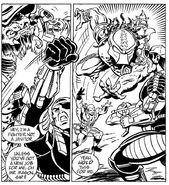 Mason tosses a Predator at Hicks. 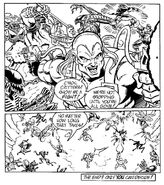 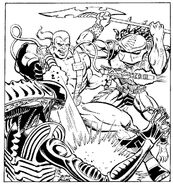 Mason fights a Predator and an Alien.