Alien: Covenant in Utero is a 2017 virtual reality experience directed by David Karlak and developed by FoxNext VR Studio, RSA VR, MPC VR, and partners AMD RADEON and Dell Inspiron. Created as part of the promotion for Alien: Covenant and produced by Ridley Scott, the 360-degree virtual reality journey will lead fans through a living nightmare that offers a terrifyingly close and personal encounter with an alien Neomorph at the time of its birth. Fans will be able to experience the world around them, reliving the very first memories of the Neomorph in an immersive environment. It was released on April 26, 2017 to coincide with Alien Day.

Alien: Covenant in Utero recreates the scene from Alien: Covenant in which Karine has rushed a violently ill Ledward back to their dropship, whereupon an infant Neomorph erupts from his back before attacking Karine. The entire sequence is presented entirely from the point of view of the Neomorph. 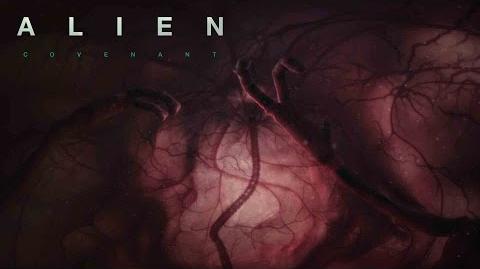 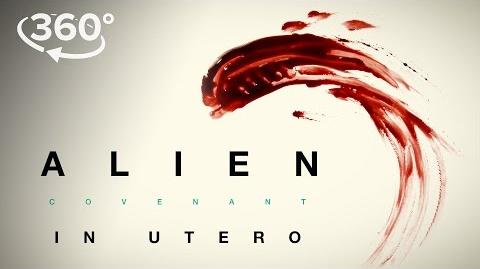 Alien Covenant "In Utero" A 360 Virtual Reality Experience 20th Century FOX
Add a photo to this gallery
Retrieved from "https://avp.fandom.com/wiki/Alien:_Covenant_in_Utero?oldid=247336"
Community content is available under CC-BY-SA unless otherwise noted.