Android, iOS
Alien: Blackout is a 2019 mobile game developed by "D3 Go!", published by FoxNext, and was released on January 24, 2019 for mobile platforms.[1][2] The game follows Amanda Ripley aboard Weyland-Yutani's Mendel Station during a Xenomorph outbreak as the ship USCSS Haldin docks following damage. The ship contains four crew members: Andrew Thorncroft, Miwa Saito, Dougal Studwick, and Naoko Yutani.[3] Amanda must guide these crew through seven levels, re-routing power to assist them before a blackout occurs, all the while under the duress of the Xenomorph.[4] The game garnered controversy upon its announcement, with fans disappointed at the prospect of a new Alien game, released roughly four years after the well-received Alien: Isolation, being on mobile platforms.

Set following the events of Alien: Isolation, Amanda Ripley is stuck aboard Mendel Station following a Xenomorph outbreak in December 2137. While Amanda was working on a maintenance access point, the crew of the USCSS Haldin dock at the station for repairs after suffering damage. Amanda then guides them through Mendel Station using surveillance cameras to avoid the creature and eventually escape.

It is revealed that after Amanda ejected herself and the Torrens Xenomorph into space, members of Mendel station had recovered Amanda from "a bad situation" and placed her in hypersleep. However, when she awoke, most of them had died due to a sudden outbreak. She helps the crew in restoring the stations systems in hopes of evacuating but are hindered by another xenomorph and later contending with the station's AI, which began following Special Order 939 when the crew became deceased. It is also worth mentioning that during the same level where the AI must be deactivated, multiple Xenomorphs appears, indicating that the original specimen established a nest on board

After rescuing all fellow crewmembers and escaping Mendel on the Haldin, Amanda leaves a recorded message citing that the station has been destroyed and that the Haldin are now setting course for the KOI-125-01 manufacturing colony and should arrive there in three days. From there, Amanda wishes to continue onwards towards Earth.

The game's core gameplay loop was inspired by a scene from Alien: Covenant where David locks down doors to push the Xenomorph into a hangar for the final sequence of the film.

"You know that part with David closing all the doors to funnel the alien through? I thought: this would be an extremely fun mechanic."
―Josh Austin

Players control the environment of the game through a holographic pad which can also route the crew. If a Xenomorph detects you and starts coming your way, your room can be sealed by cutting power. The unpredictable Xenomorph will react to environmental events such as doors opening/closing, as well as noise made by the crew.[3]

Upon official announcement there was backlash at the prospect of an Alien: Isolation sequel being released in the form of a mobile game, with the mobile trailer video on D3 Go!'s official youtube channel currently having over 32k dislikes. Many fans also expected Alien: Blackout to be a new shooter MMO for PC and console, one of which was in development at Cold Iron Studios and had been teased months prior (around the time of Blackout's trademark filing) by Hideo Kojima.

Following the poor reception upon the game's announcement, Fox specified that Blackout is not a direct sequel to Isolation although only occurring a few days after the events of the game and sharing the same protagonist.[5] Also despite initial fears, the game was confirmed to be free of micro-transactions in an interview with IGN before launch - the only cost being the purchase price of £/$4.99.[3]

A promotional shot of the game's interaction UI

A promotional shot of Amanda's team 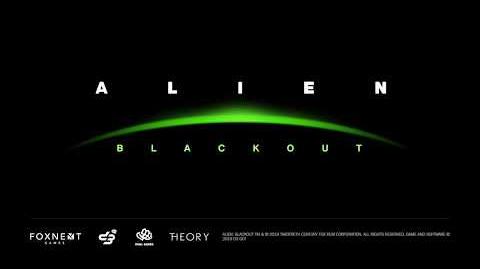 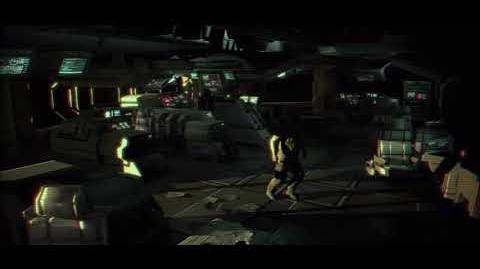 Retrieved from "https://avp.fandom.com/wiki/Alien:_Blackout?oldid=262881"
Community content is available under CC-BY-SA unless otherwise noted.