What's on your mind?

I was just looking over the TVTropes for the Alien movies and noticed it said Rosenthal was cheating on her partner who was still in cryo in the Covenant movie. I have to figure this came off some unfilmed scene or novelization but does anyone know what they are talking about?

(I hope no one has done this before, this is my first post here, so please be considerate) What is your favorite Yautja from the books, games, movies, or expanded universe? I'd love to hear what you have to say. Just state the name, where the character is from, and the reason why they are your favorite.

So in the boiler page it deems it non canon which is confusing because I thought the game was canon. Is it a mistake or a non canon thing?

I decided to make a Predator book. Here is the story. A group of hunters (humans) went hunting for animals but something is killing them one by one, but they now know it's something not human. They must survive and escape the forest by using their skills. Here are some humans but I don´t have names from them(You can help me) A father and son-who are haveing one more time to spread with his son before he goes to college, the father friend-who is leaving to see his daughter who was kidnapped in a young age and now seeing her. A father of the son's girlfriend. And two other friends that are hunters. And the Predator-when I am making this I gong to make him waited for his pry to be weak or not pay attention around themselves or you can tell me as well. The title is Predator: Hunters in the dark, but I am still thinking of one. So what do you think? Do you like people who are not military or Predator hunters?

So I was looking at facts and stuff in Predators it said you can see Alien skull on the ground. Is this true and can you some the image of it it it be nice to see. And my review for Predator 2 is going for later if today.

May the discussion begin

Hypothetical Question: If Xenomorphs appeared on Earth, could we deal with it without wrecking huge portions of Earth?

100 drone and 1 queen arrive in our world, and make their hive on a remote coast of australia. the local authorities will only realize that there is something wrong after 6 months, but they don't know what it is, they will just investigate the occurrence. could we deal with it?

how deadly and dangerous would they be?

Could the game be the invasion the fugitive predator was warning humanity about?

In Alien, Aliens, Alien 3, and Resurrection it is made clear the Aliens mysteriously originate from the engineer juggernaut. Of course we know David made them on paradise and they eventually get placed on 426 sometime after covenant and before Alien 1979 but since they are introduced to the rest of mankind by the events of the first movie we'll consider that as their origin in the bigger picture.

Anyways, in Alien 1, 2, 3, 4 all the Aliens seen are descended from the population of eggs in that hanger, and the plot revolves around WY' desperate attempt to secure them because of both their potential for profit and - RARITY - keyword right there. From the perspective of the movies it seems like that's the only place we, humanity, and specifically weyland-yutani, know they came from/inhabit. and because of that rarity they do anything to preserve them (trying to bribe ripley at the end of alien 3 because her chestburster is seemingly the only alien left after hadleys hope and the derelict getting blown up, The united systems cloning ripley 200 years later, so on) So from the perspective of the films it is a self evident truth that Xenomorph XX121 was only found on that hanger, based off the lineage of the Alien going from Hangar -> Hadleys hope -> Sulaco -> Fiorina 161 [goes extinct here] -> gets cloned and dying off again. We never see any aliens escape this series of events and Weyland Yutanis #1 priority on this population makes it clear this is their only shot at getting the alien, meaning it's the only alien population.

In the expanded universe; books, comics, etc. We see stories taking places between and after the events of the first 3 films involving WY using aliens, a big plothole as it makes no sense for them to secure ripley's chestburster after Aliens when they already have populations on places like: The cold forge, pala station, epsilion station, the colony ship that crashed into ataegina and started the alien outbreak we see in Aliens: phalanx, pretty much all alien encounters after the movie aliens involving, well aliens. How did they get the eggs for those places if it wasn't the derelict? if the derelict wasn't the only source of the Alien why did WY try so hard to preserve the Aliens and their descendants that originated from there when they could've used whatever source of eggs they had for katanga refinery or the cold forge?

I can't be the only one to notice this gaping goatse plothole.

I know the conestoga and bougainville classes which both seem to be attack/transport, are there any known classes outside of transport like assault classes?

You might hate me. Yesterday night I watch Predator and it is a very good movie. First, I will talk about the cast. The cast is great has some big stars Schwarzenegger, Weathers, and Duke, and is in modern movies or TV for weather is that star wars one with a bounty hunter dude and Duke is in Commando and in a movie with Martin Lawrence. Okay let's talk about the storyline, it's easy for the fellow, a group of soldiers or mercenaries, to go to Guatemala to rescue cabinet ministers, later they killed everyone there and so one they are stalked and killed by an unknown creature. So it's not super hard to lose track, unlike The Predator. Now Horror, so when I first see this I think it's an action movie but father the big firefight is switched and is more horror(Deadmeant also point this out) so I really like it. The characters are good and enjoyably so that it. The PRedator is awesome and scary as the same time. The kills the first three I think are boring but are worth the wait. The firefight is okay, it's people getting shot, but when they are getting killed one by one, is awesome, different kills for each one my fave is dillion. The CGI is good for its time and still holds up today. The suspension is good you never see the Predator like in the hour. The bad is I wish they build more of the suspension of the movie like maybe wait about 5 more min. Wish we can see Billys death and have poncho may be getting his head blow up. I will give this a 9.5. what you will rate this movie. 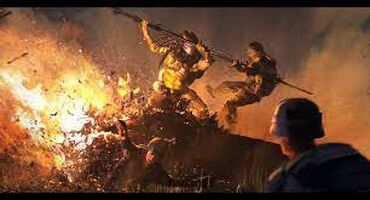 An Alien vs predator in Vietnam war(Wrote a book) 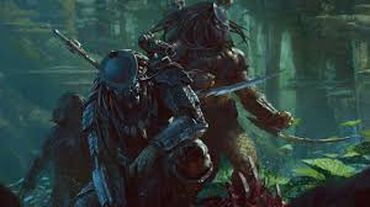 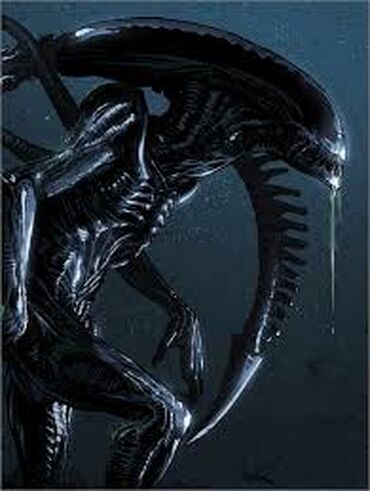 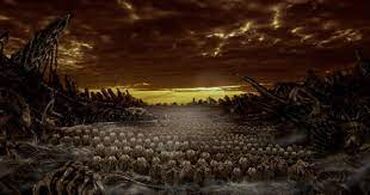 An Alien vs Predator on the pred or alien home wor